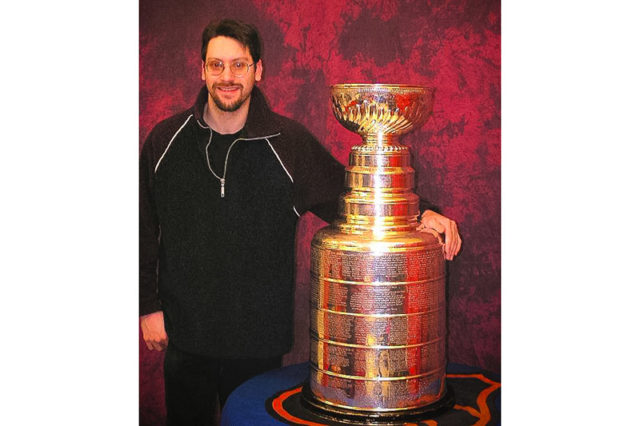 Andrew Cadzow of Ottawa, Canada, works at many interesting things.

He’s the man who blows the Senators’ goal-scoring horn at Scotiabank Place hockey games every time there’s a goal;  he videos senate hearings for the Canadian federal government and, most interestingly, is an amateur military historian and spends countless hours and thousands of his own dollars acquiring military medals

However, Andrew is not collecting medals so they can become part of a private collection.  Instead, he donates them to the veteran’s regiment or a local museum, ensuring they’re put on display. He considers it a way to discharge what he calls his patriotic and charitable debt to the country.

“These are ours, they belong to Canada, particularly the gallantry medals. Putting the medals on public display is one way of honouring the memory of these individuals.”

Check out Google and you’ll find story after story of his altruism.

In this story, he acquired a set belonging to the late Henry George Monger of Moose Jaw, First World War veteran.  Cadzow bought Monger’s medals — a collection of five including a Military Cross — from an auction house in London for $2,700 and then returned them to the army reserve unit that’s the successor to Monger’s First World War battalion in Moose Jaw. The set also included a medal from the Boer War and three that appear to be First World War medals.

In another story, he acquired two medals — a Canadian Memorial Cross and a 1914-15 Star — that had been awarded long ago to a single soldier, Acting-Capt. Archibald Wilfred Gogay, who had been discharged, re-enlisted, and was then killed in France.

After reuniting the medals, Andrew handed them over to the Canadian War Museum, where they have been accepted into the National Collection.

Andrew can be contacted at (canadamedals@yahoo.com).