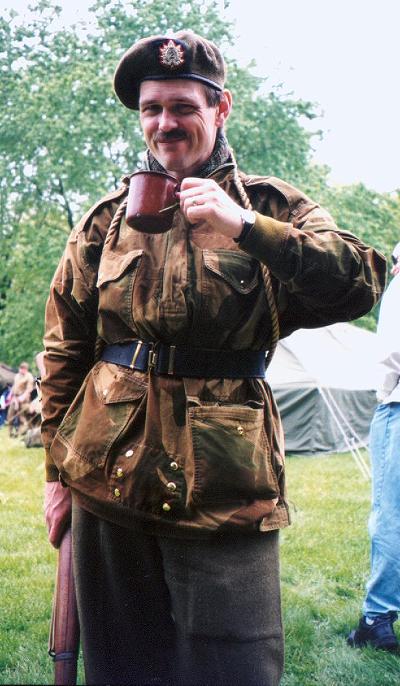 Hugh Cadzow, lives in Pennsylvania, USA, and loves to participate in WW2 re-enactment groups and has been to the Alexandria Highland games where his daughters have been known to win ribbons in the kid’s events!

Hugh’s branch of the Cadzow family came from Lanark, Scotland (near Glasgow) in the 1850’s.  William and Jean Cadzow had 8 children: William, Tom, John, Belle, Mina, Mary, Hugh (his great grandfather), and Daniel, who ran Rampart House in the Yukon and who is chronicled elsewhere on this site.

Hugh’s great grandfather and his family headed south to Auburn NY, where his grandfather, Donald Adams Cadzow, was born. Donald was an adventurer, anthropologist, and archaeologist. He was head of the Penna Historical and Museum Commission from the mid ’30s to the ’50s.

In 1993, Hugh and his family travelled to Scotland and met, among others, the late Miranda Cadzow Brunner who owned the Tigh’n’Truish pub at the foot of the “Bridge over the Atlantic” on the Isle of Seil and sister of actress Juliet Cadzow.