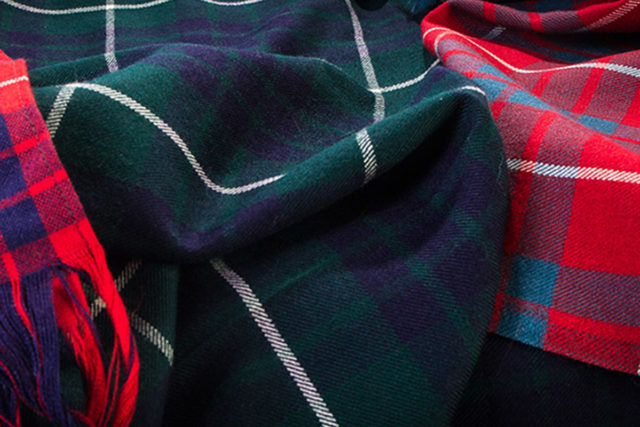 There are two main schools of thought on the origin of tartans.

As a sept of the Hamilton Clan, Cadzow family members can wear Hamilton tartan. It comes in dress (red background) or hunting (green background). The blue stripes are “three up and three across”, which distinguishes it from other tartans.

Gaelic poetry and recorded observations, back to at least the 16th century, associate certain sets of tartan with specific families, but no more than a handful. However, tartan was of sufficient importance by the time of the 1745 uprising that its aftermath saw a severely shaken government rush through an Act of Parliament in 1746 which banned the wearing of “tartan, kilt, and plaid” by all civilian men and boys other than landowners. That act was not repealed until 1782, and in the ensuing period of restoration for Scotland’s shattered pride a series of cultural traditions were revived or invented that served to confuse the historical realities concerning what was to become the national dress for all Scotland.